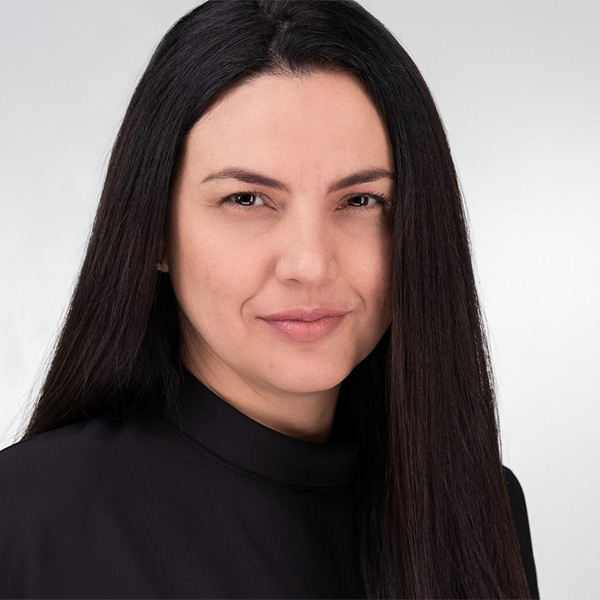 With over 10 years of professional office executive roles and a track record of strong performance in a variety of capacities and industries, Vilma helps the president and HSP team execute the strategic vision of the company, skillfully coordinating tasks and projects between all departments. Vilma’s responsibilities also include collaborating with colleagues in the creation and implementation of company processes and procedures, marketing efforts, and operational support. Vilma’s experience and creativity has been effective in digital marketing and development of visual collateral both internally and externally for HSP.

Prior to joining HSP, Vilma worked for 10 years for Time Warner (Turner) first as Administrative Assistant to Vice Presidents of Marketing and Programming, a team awarded many times with the prestigious Promax and Telly awards for outstanding achievement in entertainment marketing and design. Working in international markets, Vilma’s role required her to interact efficiently with multi-country team members capitalizing on her ability communicate fluently in three languages. At Turner, Vilma also worked as a freelance producer supporting live events such as The Oscars, The Screen Actors Guild Awards, and Latin Grammys. While working as an administrative assistant, Vilma volunteered to help the Content Acquisition team by selecting potential TV projects, a task that helped her discover an innate analytical and detail-oriented talent. In addition to her time at Turner, Vilma has also worked as Search Engine Evaluator conducting internet-based research and providing evaluation for some of the world's largest internet search engine companies like Google.

Vilma holds a certificate in Project Management from Emory University. In addition to fluency in her native Portuguese, English and Spanish, her passion for culture and languages drove Vilma to take 2 years of French from Harvard University Extension School. A native of Brazil, Vilma has been living in the U.S since 2001. Vilma has been married for 14 years and have two enthusiastic children.